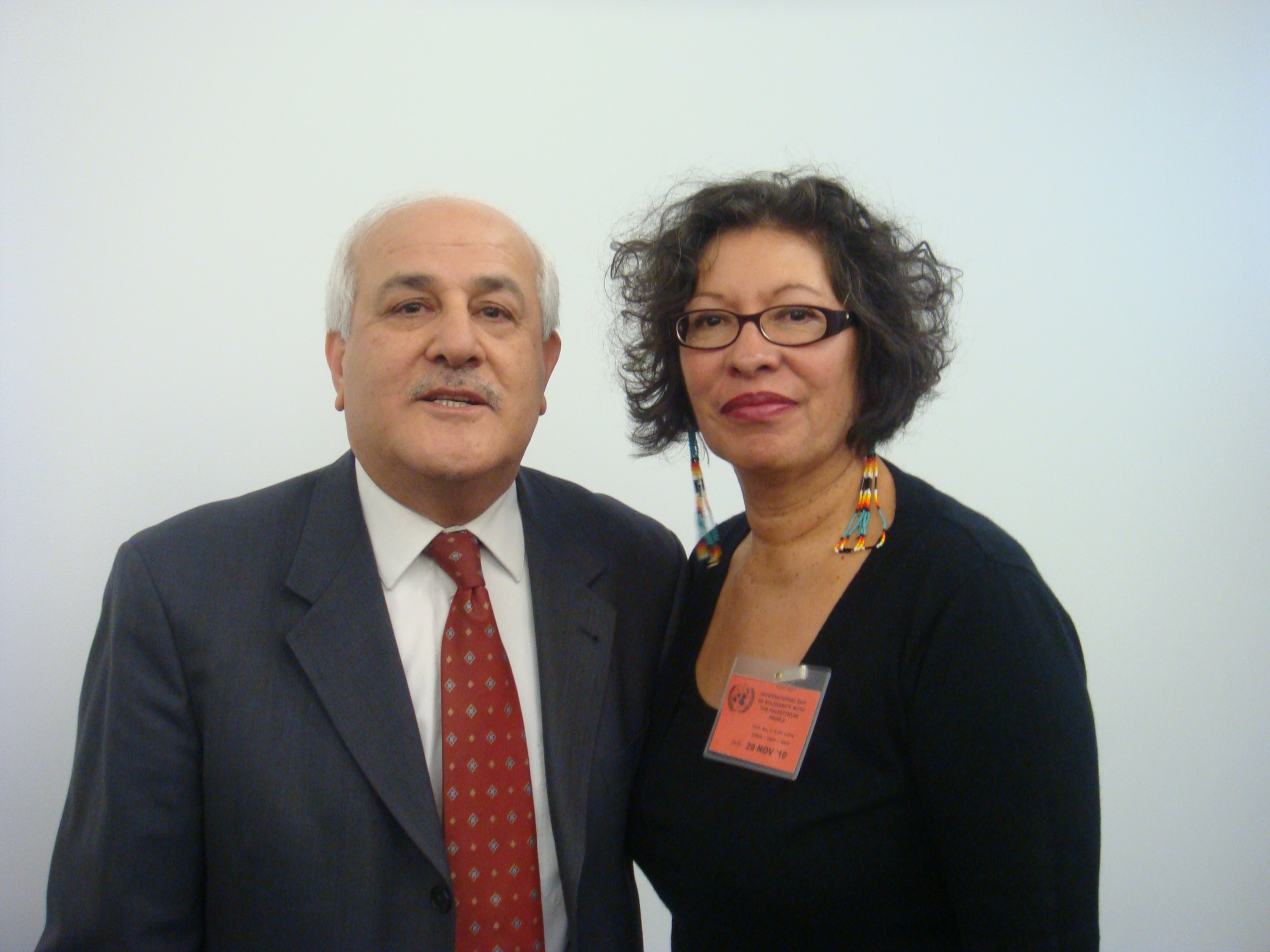 On Nov. 29, the International Day of Solidarity with the Palestinian People, I had the honor of speaking on behalf of civil society organizations to a special meeting at the United Nations (UN).

I spoke at the UN the morning after the first WikiLeaks release of US diplomatic cables.  One of the more galling bits of WikiLeaks information was the order by Secretary of State Hillary Clinton, to collect biometrics, frequent flyer numbers, work schedules and other data on high-ranking UN officials.

The attempts by the US to sidetrack international law, sideline the UN and block implementation of UN resolutions has a long history especially in regards to the Israel-Palestine conflict.

The UN is the only international institution where countries, big and small, rich or poor, can come to register their concerns and raise their demands for equitable treatment in the world community.

The UN spying was galling, but much of the information in the WikiLeaks, was not surprising or shocking for those who have been following US foreign policy. In fact, it proves that we have been right in our analysis and in organizing for peace and disarmament.

The ongoing debate around WikiLeaks gives organizers, historians and activists, an opportunity to draw bigger picture conclusions. Although, it is very tempting to get caught up in the juicy bits of gossip about world leaders, what they drink, wear or their states of mind.

The WikiLeaks disclosures portray the US Empire in decline, no longer able to launch wars wily nilly or control their allies. The diplomatic cables on discussions with the Yemeni government show that in fact, launching covert military actions and drone attacks on Al Qaeda rather than criminal investigations continues to destabilize the world and increase chance for new wars. The world is in deep crisis, and a US foreign, which relies on espionage, arms sales and bribery is a dead end.

The cables related to the coup in Honduras and Iran, for example, reflect an administration struggling for diplomatic approaches rather than the knee jerk vintage Bush cowboy-istic gun slinging. Do we agree with the outcome of the Obama administration’s debates and the approach towards Honduras or Iran, probably not, but gone is the era of nuke first, ask questions later tactics.

Clearly the break in the continuum of US foreign policy that we all hoped for with the election of President Obama is still a work in progress that requires a stronger, more vocal peace movement.

The question is how do we use the WikiLeaks to make our case for an alternative foreign policy.  What the world needs is a radically different US foreign policy premised on respect for national sovereignty, international law, and institutions.

The administration needs to work from President Obama’s call for the US to behave as” one of many nations” and to end using diplomats for espionage now.

Closing US bases around the world and real steps on nuclear disarmament would go a long way to addressing the very real threat of rightwing fundamentalist terrorism.

If the US fought for the UN Charter mandated diplomatic role of the UN in the Middle East and around the world, real headway could be made on Middle East peace and ending the wars in Afghanistan and Iraq.

Some in Congress are calling for placing WikiLeaks on the list of foreign terrorist organizations. Tom Hayden says, “These revelations do no damage to our national security. Instead, they helpfully add to public and Congressional awareness of improper and arguably illegal behavior undertaken under the cover of secrecy. “

Maybe Bill Quigley, Legal Director at the Center for Constitutional Rights, is right. In an article on Common Dreams he said, “ Maybe WikiLeaks has the potential to make transparency and accountability more robust in the US.”

More transparency and accountability is exactly what we need to organize a movement that can fight and win an alternative foreign policy. That’s what the peace movement must do in the Wikiweeks to come.