From Hiroshima, Japan on the 67th anniversary of the U.S. atomic bomb. 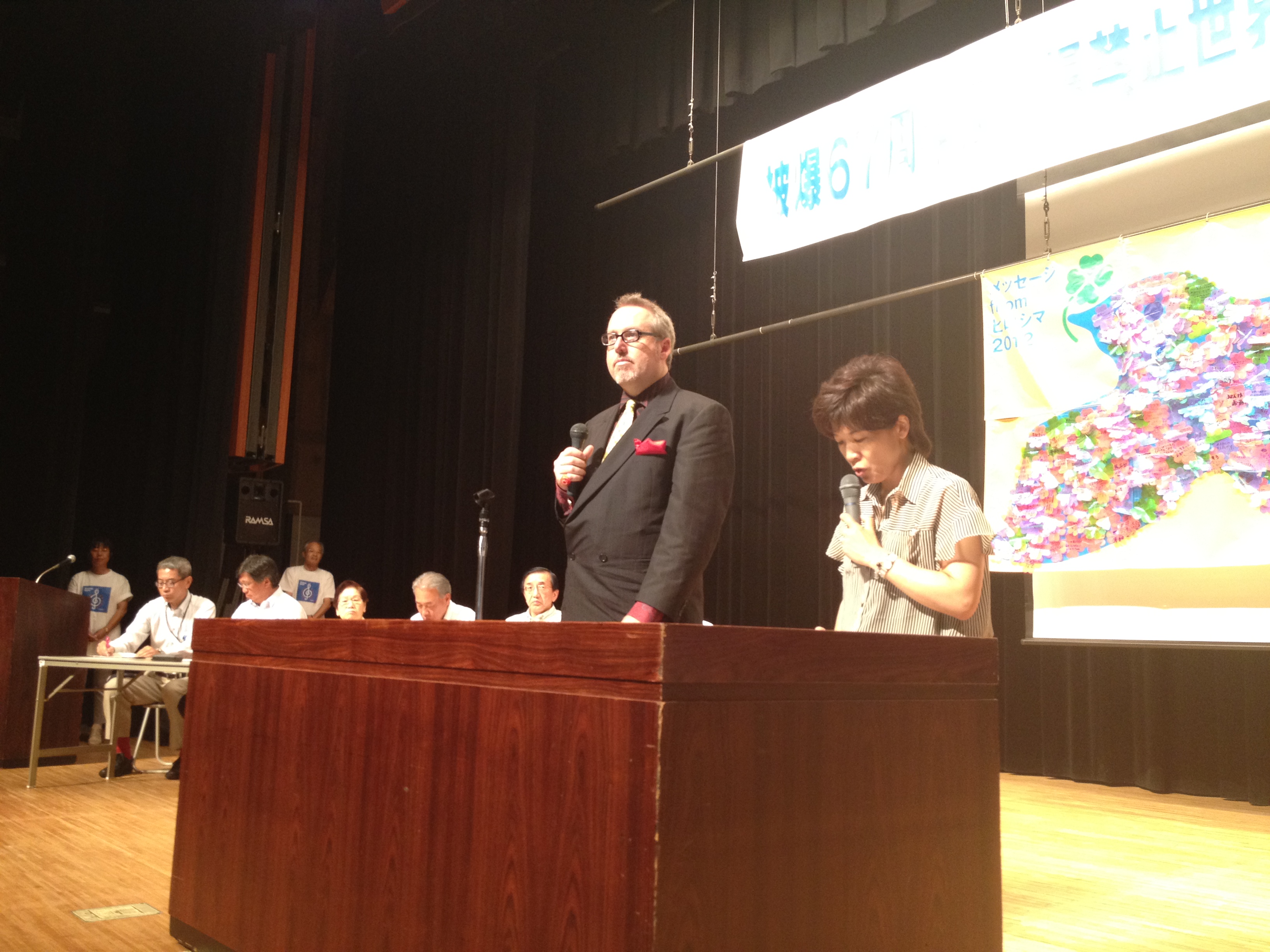 Every year one of the largest peace organizations in Japan, Gensuikin, invites Peace Action to participate in the commemorations of the U.S. atomic bombings of Hiroshima and Nagasaki.  This is my third time attending.

The nuclear weapons were dropped 67 years ago.  While we don’t know the exact number of deaths, injured and those affected psychologically, around 250,000 people died within four months of the bombing.

While in Japan, I have been participating in marches and speaking at conferences and workshops.  Besides discussing the current state of affairs around nuclear disarmament, I’ve been asked to discuss the U.S. plane the Osprey.

The U.S. military recently shipped a dozen MV-22 Osprey aircraft to Japan to be deployed in Okinawa.  The Osprey is a tilt rotor aircraft capable of vertical take-offs and landings.  Think of it as a dual prop airplane crossed with a helicopter.

There are two major reasons that the Osprey deployment to Okinawa should be stopped.  First, there are serious safety concerns and secondly the noise pollution.

One of the new Osprey aircraft crashed in Morocco in April, killing two crewmembers and another went down in the U.S. state of Florida earlier this month.  Additionally, the very recent F-16 crash off the Japanese coast reminds us that accidents occur.

How likely is it that an Osprey might crash?  Time Magazine ran an article condemning the aircraft as unsafe.  A defense technology expert said that the low-level training flights planned in the mountainous area of Okinawa represents severe risks.  And the danger increases when they fly in formation.

While the Osprey can fly if one of its two engines fail, in the rare but not unheard of event of dual engine failure, the aircraft would be in serious trouble.  Unlike a helicopter, the Osprey cannot use autorotation for an emergency landing.  There is conflicting information on whether the craft could glide like a plane to safety.  It is probably very dependent on the situation, but at low altitude it is unlikely.  There are possibly other highly technical flaws with the Osprey which has caused fatal crashes in past test flights.  Indeed, around 30 people died in the aircraft’s development. 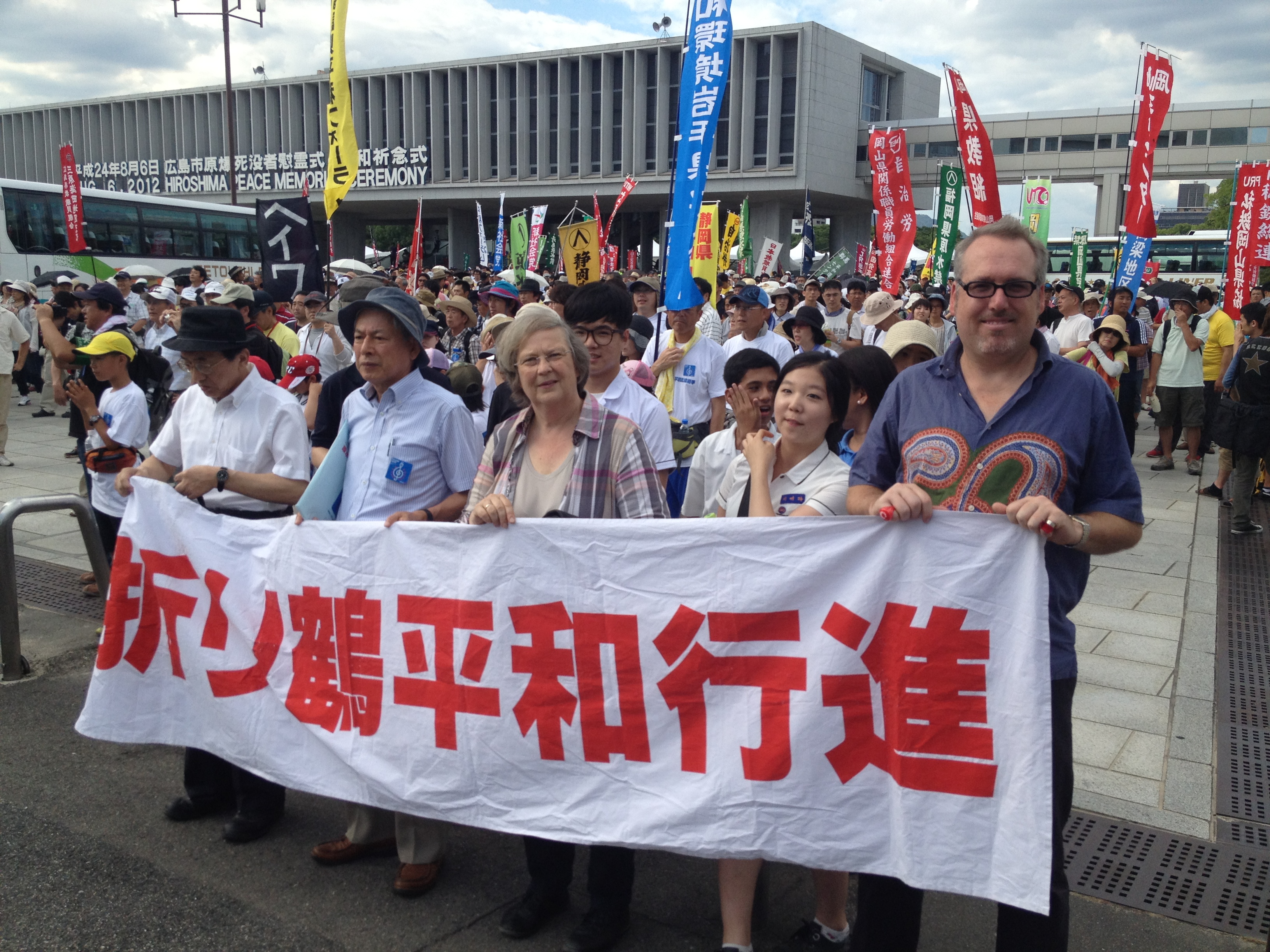 Despite what I have just said, since the Osprey has been introduced into combat, it’s actually considered the safest among Marine Corps rotorcraft.

Nonetheless, with the high population density around the Futenma base, a crash could be catastrophic.

Concerns don’t just emanate from Japan and there are other reasons to stop the Osprey besides safety.  Neighborhoods in the U.S. State of Hawaii are concerned about a proposed deployment of Osprey primarily for noise pollution issues.  I’ve been fortunate to visit Okinawa and if you been to the Futenma U.S. Marine Air Station, you know that basically it’s huge base right in the middle of a city.  The buffer zones in the Unites States are much larger so the effects of noise in Okinawa will be much greater.

As an American, I have other reasons, which leads me to want to stop any more Ospreys from being built.  Like many Pentagon projects, the Osprey has cost much more than originally planned. The research and development program was estimated to cost just about $39 billion, but independent estimates predict that it will come to $56 billion—nearly twice as much. Now, the plane costs $100 million to manufacture and its unreliability has caused maintenance costs to soar.

For the very serious safety concerns and the effects of noise pollution, the deployment of the Ospreys to Japan should be halted.  Opposition in Japan and the U.S. combined with the economic realities in the U.S. could send the Osprey back to America.

Now, I’m off to Nagasaki to participate in the commemorations and conferences there.

Budget for All Referendum to Reach 1 Million Massachusetts VotersUncategorized
Does Congress Want to Bomb Iran?Uncategorized