Giving thanks for ceasefire in Gaza 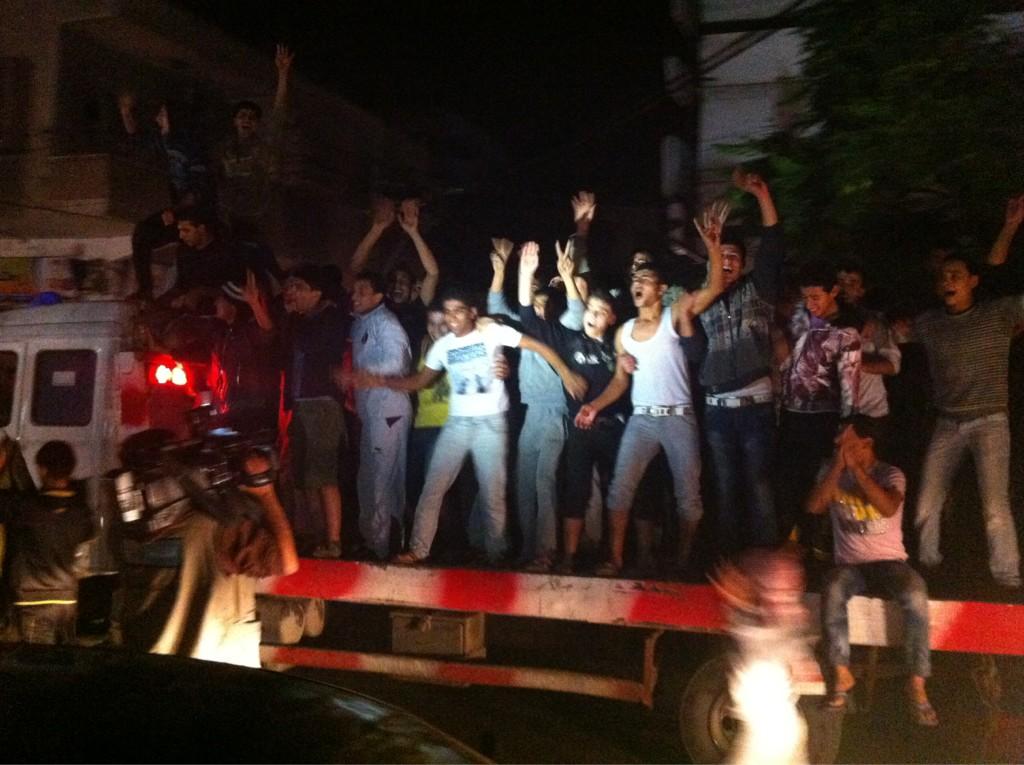 Celebrations in Gaza at the announcement of a ceasefire, as tweeted by Sharif Kouddous

After watching in despair as dozens of people have tragically lost their lives, we can be thankful today for a glimmer of hope–a ceasefire has been agreed to between Hamas and Israel.

Israel and Hamas have agreed to a cease-fire in Gaza after a week of rocket fire and retaliatory Israeli air strikes left at least 100 Palestinians and three Israelis dead, Secretary of State Hillary Clinton said Wednesday.

Clinton made the announcement alongside her Egyptian counterpart after a flurry of meetings with Israeli, Palestinian and Egyptian officials as well as UN Secretary-general Ban Ki-moon. Egyptian Foreign Minister Mohamed Kamel Amr said the truce would take effect at 9 p.m. local time, speaking to reporters in Cairo.

There is obviously still much work to do for any kind of lasting peace in the Middle East. But as we give thanks this week, we can celebrate the fact that lives will be saved by stopping the violence between Israel and Hamas today. As we celebrate, we renew our commitment to pushing the United States to play a productive role as the two sides work toward a longer-term agreement to live peacefully.

Have a wonderful Thanksgiving from all of us at Peace Action West.