Syria and Sequestration: Issues of Concern for our Communities 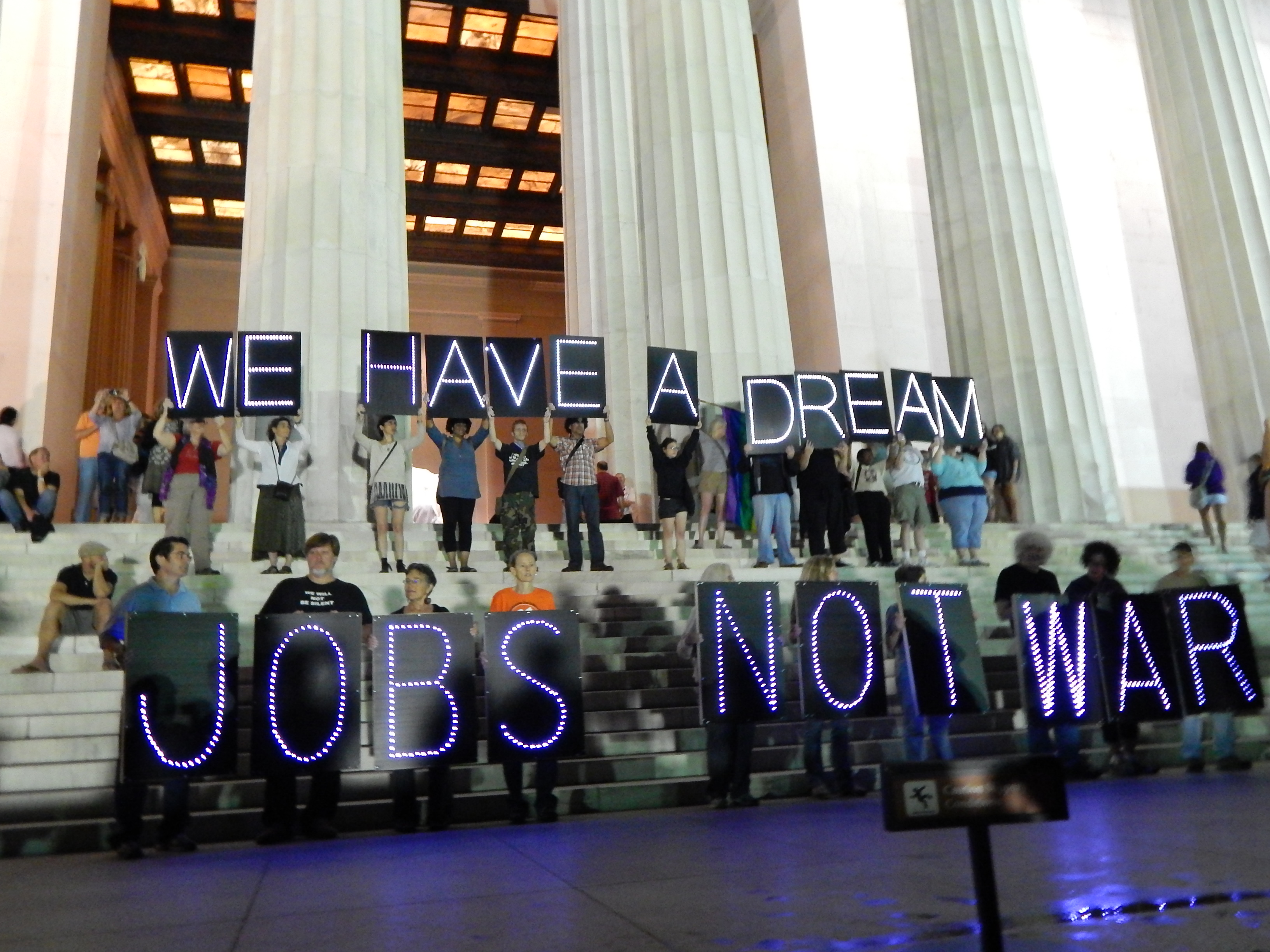 Next week Congress will vote on the use of military force in Syria. Launching military strikes could spiral out of control, costing thousands more lives and billions more dollars which should be used for diplomatic efforts, humanitarian aid for Syrian refugees, and economic relief in our own communities.

A few weeks later, Congress may cut vital social programs even more deeply than they did last year.

Every war in US history has increased the Pentagon budget. The Iraq and Afghanistan wars are a major cause of our current deficit.  As we gear up for the next round of federal budget battles, we must explore together how diplomacy, not war, is best for our communities and the people of Syria.

Our communities know how responding to violence with violence does not work.  When the response to violence in our communities is harsh policing and racial profiling, that doesn’t work; it only worsens the tension. It is equally self-defeating to respond to wars abroad with more war. Right now the national debate is framed by two options: bomb or do nothing. But there are more than two options. We must explore a ceasefire, a conference of all the countries in the region, an arms embargo on all parties in the conflict, and continued humanitarian support for those fleeing the civil war.

Please contact your local Congressperson ASAP (they are making their minds up now and voting next week). The congressional switchboard is 202-224-3121. Express your opinion and your organization’s – about funding war instead of human services, about taking a step back to find a way to resolve the crisis in Syria without more violence. And gear up for the struggle to fully fund jobs and human services late