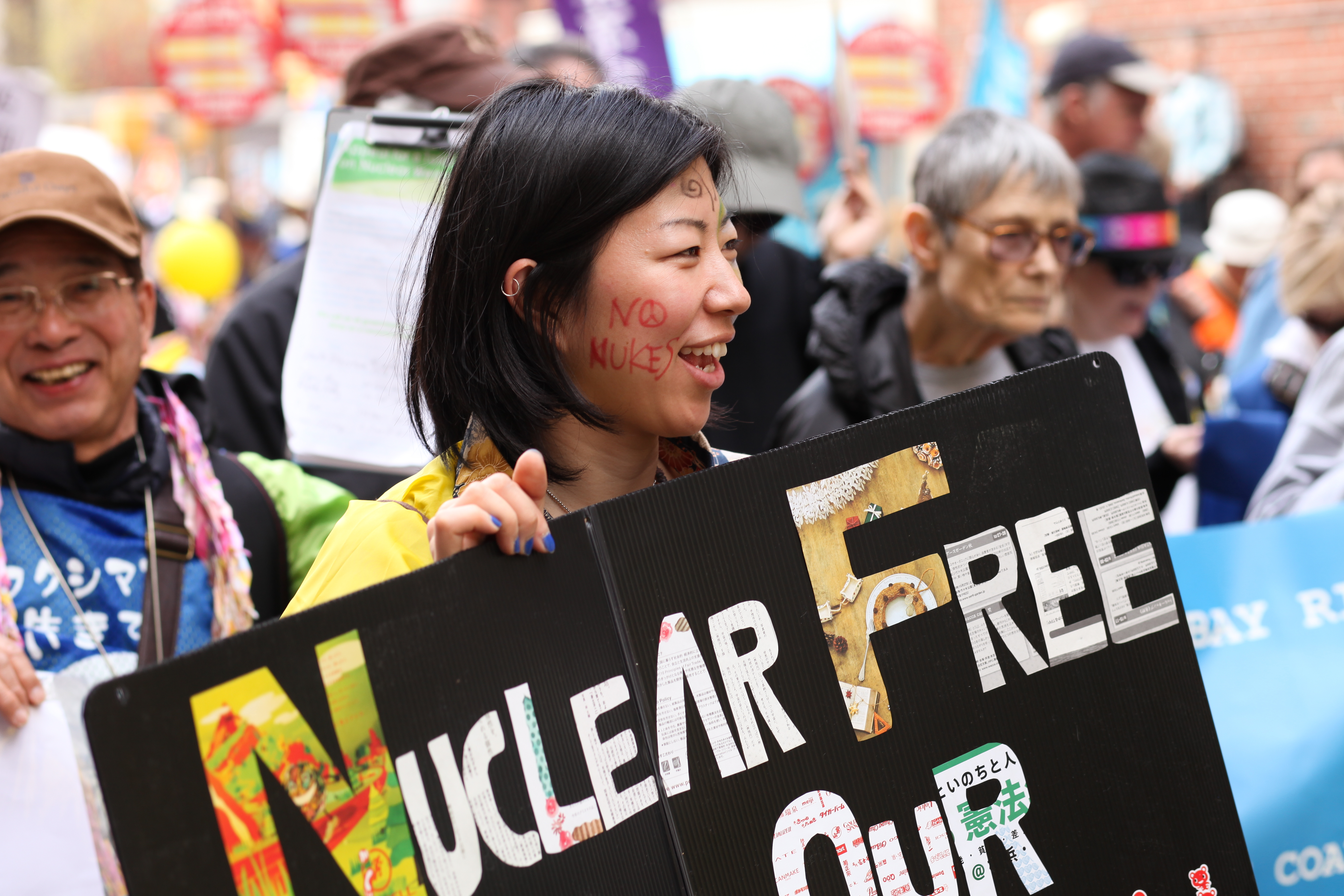 Last Thursday, the Washington Post ran an op-ed from President Obama: How we can make our vision of a world without nuclear weapons a reality. The President is hosting a Nuclear Security Summit and is using the occasion to reflect on what little has actually been done since his Prague Promise to rid the planet of these ultimate weapons of mass destruction.

Please write the President today and tell him its too early to close the book on his promise that America would lead the world to a future free of nuclear weapons.

The President can begin by cancelling the 1 trillion dollar plan for modernizing the nuclear weapons production complex, aka, the “nuclear weapons forever” program.

The Pentagon has a habit of designing weapons to meet every specific possible scenario conceivable and money has never been an object.  But when they talk about nuclear weapons, the weapons and nuclear war fighting scenarios become frighteningly real as the weapons are being designed to be used – not to deter – attack.  That reality intensifies the risk of nuclear war.

There are concrete steps the President can take, including actions he doesn’t need Congressional consent for, like ‘de-alerting’ all U.S. nuclear weapons currently at the ‘launch on warning’, hair trigger ready.

In his op-ed the President says: “As the only nation ever to use nuclear weapons, the United States has a moral obligation to continue to lead the way in eliminating them.”  I could not agree more.

Please write the President today and tell him there is still much he can do in the remainder of his term to free the world from the threat of mass destruction.  Thank you!.