Congress continues to work feverishly on the budget appropriations process. Your efforts led to at least one victory last week; the Senate blocked Sen. McCain (R-AZ) from adding another $18 billion to the already bloated Pentagon budget. Over the next several days and into next week, Congress will vote to delay the new nuclear cruise missile, to stop the transfer of cluster bombs to Saudi Arabia and to finally debate the current wars and stop using the nearly decades old war authorizations.

1.  Use the toll-free number to reach the Capitol operator.  Ask them to connect you to your Representative by name or they can connect you by zip code. Offices are open usually from 9-6 PM Eastern. Some will allow you to leave a message outside those times.

2.  When you reach the office, tell them you are a constituent and would like to ask your Representative to vote on amendments to the Defense Appropriations bill now being considered on the floor of the House.

3.  Ask your Representative to:

*  Support Amendment #13 offered by Rep. Quigley (D-IL) and others to delay the new nuclear cruise missile or the Long Range Standoff Weapon (LRSO) by reducing its funding by $75 million.

*  Support Amendment #44 offered by Reps. McGovern (D-MA), Jones (R-NC) and Lee (D-CA) that would require a new Authorization of Use of Military Force (AUMF) enacted to continue any combat operations in Iraq or Syria.

*  Support Amendment #40 offered by Reps. Conyers (D-MI) and several others that blocks funds from being used to transfer or authorize the transfer of cluster munitions to Saudi Arabia.  Oppose the underlying bill, the Defense Appropriations, because we spend too much on the Pentagon and not enough on conflict prevention, diplomacy and other human needs.


Thanks for making this important call now.

As you know, the new nuclear cruise missile or Long Range Standoff missile (LRSO) would cost at least $30 billion dollars at a time of tight budgets and at a time that we are supposed to be lessening the number of nuclear weapons. The LRSO could cause a nuclear arms race and is extremely dangerous. A country would not know if we are using a conventional missile or a nuclear one which could cause a nuclear response to a conventional weapon.

President Obama has been relying on a thin legal thread by using the Authorization of Use of Military Force (AUMF) from 2001 for Afghanistan and from 2002 for the Iraq War as legal justification for all current military actions. Even though the President asked Congress early last year to vote on a new AUMF, the Republican-led Congress has refused to act as required by law.

Cluster bombs explode over an area about the size of a football field and scatter brightly colored bomblets. Some of these bomblets fail to explode and tend to injure or kill civilians, especially children, who mistake them for toys.  108 countries have agreed to ban these horrific weapons, but the U.S. refuses to sign. Meanwhile, the U.S. has been selling the weapons to Saudi Arabia who has targeted civilians. Though reports say the Administration has paused these transfers, it’s time to put that into law and look at permanently banning the weapon.

Please take a brief moment to call now on these important issues.

After calling, please forward this email to family and friends you know that care about these important issues. 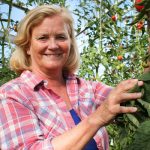