Today, Senators Chris Murphy (D-CT), Rand Paul (R-KY), Al Franken (D-MN), and Mike Lee (R-UT) introduced legislation, S.J.Res. 39, to block the administration’s proposed sale of $1.15 billion worth of weapons to Saudi Arabia. If passed by the House and Senate and signed into law (or in the case of a presidential veto, if the veto is overridden by two-thirds of Congress), the legislation would prevent the sale from moving forward.

Reinforcing the need for Congressional action, around the same time that Sen. Murphy’s office posted a press release about the legislation, reports surfaced of yet another incident of the Saudi-led coalition bombing a residential area in Yemen, this time killing 9 civilians, including 4 children. According to the United Nations, at least 10,000 civilians have been killed or injured in Yemen since the war began in March 2015. Throughout the conflict, the U.N. has repeatedly said that the Saudi-led coalition is responsible for roughly two-thirds of the civilian casualties.

The joint resolution is the latest in a series of Congressional efforts to block arms transfers to Saudi Arabia, and more broadly to build opposition to U.S. support for Saudi Arabia’s intervention in Yemen’s civil war. Last week, 64 House representatives sent a letter to President Obama asking for more time to debate and vote on the arms deal, a request made necessary by the administration’s decision to announce the sale during a Congressional recess. According to a Foreign Policy report, the White House repeatedly declined requests for comment on the letter, and a State Department official said that State was reviewing the letter, but refused to say whether the reasonable request for more time would be met.

Yesterday, William Hartung, Director of the Arms and Security Project at the Center for International Policy, published a report on U.S. arms transfers to Saudi Arabia, which points out that the Obama administration has authorized 42 separate arms deals comprised of a whopping $115 billion worth of weapons to Saudi Arabia since taking office, far more than any previous administration. This latest arms deal, valued at a mere 1 percent of that total, includes up to 153 tanks, as well as grenade launchers, machine guns, ammunition, and more.

As Senators consider whether or not to support this legislation, it’s critical that they hear from their constituents so they know that failing to oppose this arms deal could cost them votes. Call your Senators today and ask them to co-sponsor S.J.Res. 39 and speak out against U.S. support for the war in Yemen. The Capitol switchboard is 202-224-3121.

Update: A previous version of this story said that the resolution was non-binding, but it is in fact binding. 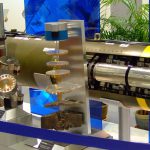 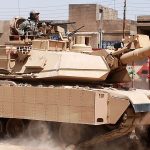