Flynn’s Departure is a Win for Peace

This article was originally published on the Progressive.

In the non-stop stream of stranger-than-fiction moments that is the Trump Administration, one of the strangest moments was provided during the brief tenure of Michael Flynn. Shortly after he was named National Security Advisor, it came to light that Flynn had once claimed that Arabic signs on the U.S. border with Mexico were guiding “radicalized Muslims” into our country.

Even in an administration known for conjuring fake crowd sizes and fake massacres, there is something chilling about the top White House security aide peddling a story so unhinged. Flynn’s ready access to the President on matters of war and peace, combined with his Islamophobic and conspiratorial worldview, was a geopolitical accident waiting to happen.

The world is safer without Flynn anywhere near the Oval Office.

Flynn was dangerous not because he was a political flake but because he combined his troubling worldview with serious military credentials that earned him Trump’s respect. He wrote what is practically a guide book on fighting a global religious war, titled The Field of Fight: How We Can Win the Global War Against Radical Islam and Its Allies. Flynn has also tweeted that “fear of Muslims is RATIONAL” (his emphasis) and has said that “Islam is a political ideology” and “a cancer” that “hides behind being a religion.” And he was a purveyor of the ridiculous notion that “Shariah law” is spreading in the United States.

Flynn’s militarist worldview shares a Trumpian obsession for “winning.” Placed into a military context, that focus could lead to a dangerous escalatory dynamic. During the election, Flynn co-authored an article that asserted, regarding the struggle against radical Islam: “There is no escape from this war. Our enemies will not permit that. We will either win or lose, and at present we look like losers. Knowing the current administration will not challenge them, our enemies will press hard to gain every possible advantage before a new President, potentially with the will to win, takes office.”

If you had to bet where Flynn might have helped take Trump into war, your best bet would be Iran. Flynn has argued that Iran is the “linchpin” in the war against “radical Islam.” In a recent White House press briefing, he asserted that Iran’s ballistic missile test violated the Iran nuclear agreement, which it did not. Flynn went on to say, “as of today, we are officially putting Iran on notice,” hinting that another missile test from Iran could lead the United States to take military action.

When the press asked for clarification on Flynn’s words, White House officials refused to rule out the use of military force. Now Flynn’s resignation could provide an opportunity for the administration to de-escalate tensions, though Trump’s words on Twitter offer little indication he’ll take that opportunity.

Iran is playing with fire – they don't appreciate how "kind" President Obama was to them. Not me!

The widespread global movement of resistance against Trump should take heart in Flynn’s resignation—and build on it. While the proximate cause of Flynn’s resignation may have been leaks from the intelligence community, the resignation demonstrates that a combination of internal chaos and external pressure can bring down some of the new administration’s most problematic players.

Obviously, Flynn’s departure is just a small step toward bringing more sanity to the West Wing. Steve Bannon needs to be next. Peace activists should team up with sympathetic members of Congress to call for Bannon’s resignation. The disastrous Muslim Ban, with its chaotic roll out and religiously discriminatory soul, has Bannon’s fingerprints all over it. Ultimately, if Trump wants a national security team that puts U.S. national security interests ahead of a penchant for Islamophobic fear mongering, he’ll have to get rid of Bannon as well.

As Trump considers his next appointment, perhaps he will opt for someone who appreciates the value of diplomacy as a means of conflict resolution. We shouldn’t get our hopes up. But the fact that Flynn, hell bent on pursuing a nationalist, anti-Muslim agenda, could not make it through a full month in office is a good sign.

Jon Rainwater is executive director of Peace Action Education Fund, a national grassroots organization committed to the pursuit of peace. 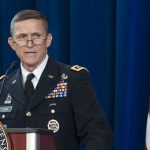 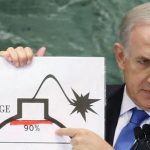