Unbelievably, it’s been just over a month since the inauguration of Donald J. Trump. In just four weeks, our new president has unnerved the world by turning his dangerous comments about nuclear weapons from the campaign into dangerous policies with global ramifications. He’s needlessly escalated tensions with Iran, increasing the risk of war. And he’s tested the limits of his power, haphazardly ordering major policy shifts without consulting the departments tasked with implementing them. Jeb Bush’s remarks of a “chaos candidate [who’d] be a chaos president” are proving prescient. A review of Trump’s first month in power may serve as a useful gauge for estimating the threat to a sane and just foreign policy that the rest of his time in office represents.

Trump’s demonstrated lack of knowledge about our nuclear arsenal has been troubling since the campaign. It should come as no surprise then, that in a late-January phone call with Russian President Vladimir Putin, President Trump undermined America’s longstanding bipartisan support for nuclear arms reductions. Reuters first reported that when Putin brought up extending the New Strategic Arms Reduction Treaty (New START), which expires in 2018, President Trump paused the call to ask aides what the treaty was, then proceeded to label it one of President Obama’s many bad deals. New START – which enhances our national security through establishing limits to deployed warheads and delivery systems and provides stringent inspections of the Russian arsenal – garnered strong bipartisan approval in Congress and support from military experts.

Trump’s careless statements carry more weight since his election. As Senator Jeanne Shaheen (D-NH) warned, “the administration desperately needs to develop a consistent position on nuclear policy, especially before engaging in further conversations with world leaders.” With something as important as nuclear weapons, we cannot afford chaos. Luckily, there’s currently legislation that would require a Congressional declaration of war before the President could launch a nuclear first strike. You can urge your members of Congress to support it here.

Another cause for concern is Trump’s reckless stance on Iran. With its successful implementation in January 2016, the Iran nuclear agreement verifiably blocked Iran’s potential paths to obtaining nuclear weapons and prevented a war. Such benefits have been recognized by both international allies and prominent national security experts as enhancing national, regional, and global security. While Trump has walked back statements about ripping up the deal, his irresponsible sabre rattling could still lead to its unraveling. The decisions to “officially [put] Iran on notice” and impose a fresh batch of sanctions have challenged the spirit of the agreement and emboldened Iran’s hardline politicians in the lead up to Iran’s spring presidential election. A loss for President Rouhani, who’s facing slipping approval ratings, would be a loss for moderate Iranian voices seeking normalized relations with the West. If the administration is looking for a war with Iran as some have suggested, a new hardline Iranian President could serve to bolster its case.

As if trashing nuclear treaties and increasing the threat of war with Iran weren’t enough, some of the most shocking moments of the past month centered on the helter-skelter implementation of a travel ban that targeted refugees and travelers from seven Muslim-majority countries. Drafted and adopted without consultation with the departments of Homeland Security, State, or Justice, the ban was quickly challenged and blocked by U.S. courts. Trump is expected to release a revised order sometime next week that will seek to address some of the legal questions, but if it still singles out Muslim majority countries as reports suggest, it will still amount to a Muslim ban, and it will continue bolstering the recruitment narratives of violent extremists.

As with his stance on New START, some of Trump’s own party oppose his Muslim ban. Senators John McCain (R-AZ) and Lindsey Graham (R-SC) were particularly outspoken in their opposition, calling attention to the dangers of their party leader’s fulfillment of a campaign pledge:

In only one month, President Trump’s inexperience and chaotic leadership style have undermined our national security. Among all the reasons to resist, that’s a big one. The next few days, in fact, present a great opportunity for engaging our representatives directly during their first recess since the inauguration. Attend your local town hall meeting and insist that your Congressional leaders speak out against Trump’s dangerous foreign policy. 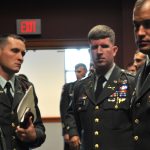 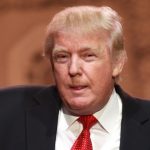