Banning the Bomb: The Significance of the UN’s Nuclear Ban

This week, the United Nations will be undertaking the next step in a historic process toward the elimination of nuclear weapons. On July 7, 2017, after a series of negotiations, the passage of the Treaty on the Prohibition of Nuclear Weapons signified a fundamental shift in the global push for nuclear disarmament. September 20th marks the official opening for signatures to this landmark treaty, with those who sign starting up the ratification process accordingly. Ninety days after the 50th ratification, nuclear weapons become illegal within international law.

Starting in 2013, a series of conferences focusing on the humanitarian consequences of nuclear weapons noticed legal shortcomings in existing disarmament legislation. By not explicitly and comprehensively outlawing nuclear weapons, for instance, the cornerstone Treaty on the Non-Proliferation of Nuclear Weapons (NPT) left room for debates about the legal standing of their use. Similarly, the Comprehensive Test Ban Treaty (CTBT), which could have served as a vital stepping stone, was prevented from taking force and is instead held in legal limbo by the United States and four others who refuse to ratify it.

Thus, Austria, Mexico, New Zealand, South Africa, and Brazil instead spearheaded an effort for an unequivocal ban based strongly in international humanitarian law. This resulted in the 122 vote adoption and legal vow “never under any circumstance to develop, test, produce, manufacture, otherwise acquire, possess or stockpile nuclear weapons and other nuclear explosive devices.” States are also prohibited from maintaining facilities, transferring weapons, stationing weapons, or even threatening to use them – the most exhaustive dictates to date.

Unfortunately, the nine nuclear states and some of their major allies (NATO minus the Netherlands, Japan, and South Korea) are not among those 122 countries. They boycotted the negotiations process and vote, which some say weakens this treaty. While not ideal, their exclusion does actually carry certain benefits. For one, it means that this treaty cannot be held hostage through stalling on ratification and entry into force as is the CTBT. Moreover, moving forward despite their opposition also served to weaken their “control of the nuclear disarmament agenda,” democratize the politics surrounding the issue, and unite those who desire a nuclear-free world toward “delegitimiz[ing] the nuclear deterrence policies on which…nuclear-armed countries rely.”

In this way, a majority of the world’s countries have taken back the reins to reframe the debate, attitudes and international norms surrounding nuclear weapons. This is where the treaty’s greatest strength lies. Richard Moyes, the managing director of U.K.-based Article 36, which works to prevent harm caused by nuclear weapons, summed it up: “The key thing is that it changes the legal landscape” and “stops states with nuclear weapons from being able to hide behind the idea that they are not illegal.” Past treaties banning biological and chemical weapons, landmines, and cluster munitions notably demonstrate how use of once-accepted weapons can, over time, take on a taboo nature and become generally denounced.

Such a change in perspective with regards to nuclear weapons will not occur overnight. It will also not occur without the involvement of citizen activism, which played an important role in reshaping the narratives surrounding both previously outlawed weapons and this latest nuclear ban. With signature collection kicking off September 20th, it is that much more critical that civil society continue the push toward a new normal of nuclear abolishment. As a leader on that issue, Peace Action will be attending the signing at the United Nations and discussing next steps of action with U.S. and international allies. Together, we can demand that the United States take a leadership stance now, before it is left to face the judgment of future generations and turned into the pariah. 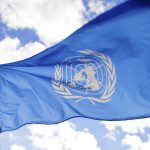 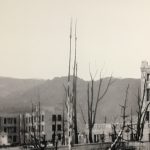