“Perseverance is a key ingredient to changing U.S. foreign policy, and leaders in this legislative effort like Sen. Sanders, Sen. Murphy, Sen. Lee and Rep. Khanna have it in spades. After years of legislative organizing and coalition building, the Senate passed legislation late last year to end the unconstitutional U.S. role in Yemen. Unfortunately former House Speaker Paul Ryan didn’t think ending U.S. complicity in the worst humanitarian crisis in the world deserved a vote nor a debate in the House. With the House now under Democratic control, Congress should move swiftly to reassert its war powers and end U.S. support for this brutal, unconstitutional war.

“The U.S. role in the war in Yemen has inextricably linked the U.S. to the worst humanitarian crisis on the planet, where over 14 million people are on the verge of starvation. With U.S.-made bombs, U.S. targeting assistance, and U.S. political support, the Saudi and UAE-led coalition has weaponized hunger, bombing food production and distribution facilities, water treatment plants, and other essential infrastructure. Ending U.S. support now won’t undo the damage wrought by nearly four years of U.S. complicity in this conflict, but it will accelerate an end to the war by changing Saudi Arabia’s calculus. Congressional action on Yemen has already increased political pressure on Saudi Arabia to change its tactics and negotiate in good faith. Ending all U.S. support will render the Saudi-led intervention too costly and politically toxic to pursue much further.” 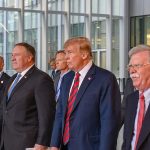 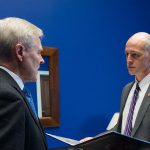