Next week has the very real possibility of becoming a national emergency.

Donald Trump routinely ignores democratic norms, lies about mail-in voting, or falsely calls the election “rigged.” We cannot ignore the risk that Donald Trump poses to our democracy, especially as he works to delegitimize the 2020 election.

of Americans ready to take to the streets to protect our democracy. This is a broad coalition of over 100 grassroots organizations, progressive and conservative advocacy groups, government watchdogs, voting rights advocates, and labor unions that will fight to make sure every single vote is counted.

Together we will demand that every vote is counted. Tens of millions of Americans will cast their ballots by mail this year, and it may take days or weeks to get an accurate count from key states. If Trump attempts to pressure state officials to certify election results, or declares victory before all votes are counted, we will take action. Click here to find an action near you, or to sign up to host your own.

Back in 2016, Trump repeatedly threatened not to accept the election results unless he won, and spread baseless claims of voter fraud even after he won. Since then, Trump has taken steps to dispute the 2020 election, saying that it is “rigged” against him, spreading lies about mail-in voting, and claiming “mailboxes will be robbed” or that “ballots will be forged” to preemptively cast doubt on the results.

With every tweet and refusal to commit to accepting the legitimate results of the 2020 election, Trump seeks to stoke chaos and fear. But we will be ready – if Trump tries to steal the election or prevent every vote from being counted, Protect the Results will activate nationwide mobilizations to demand that all the votes are counted and for the peaceful transition of power. Find an action near you and be ready to join us next week in Protecting the Results.

Donald Trump and his allies are already lying about voter fraud and calling the upcoming election “rigged” in order to suppress the vote and sow doubt about the results. Trump has repeatedly hinted that he will not leave the White House willingly, warning that “people would demand that I stay longer.” He even threatened to “deploy the United States military” against the American people to quash peaceful protests.

Every day, it’s more and more clear that there’s no line Donald Trump won’t cross to rig the election if he knows he’s losing. That’s why those of us fighting for a democracy where everyone counts can’t just mobilize to win big —  if Trump refuses to accept the legitimate results of the election, we have to be ready to mobilize to demand every vote is counted.

Are you ready? Join us to honor the valid results of the 2020 election, ensure that every vote is counted, and show up to demand the peaceful transition of power. Sign up here to host or attend an event in your community.

While we all hope it doesn’t come to this, we also must plan for the worst Trump can bring. We’re ready for the fight, and we invite you to join us.

Help us amplify these Protect the Results events by spreading the word on social media. Here’s a handy toolkit you can use with pre-written posts and graphics. 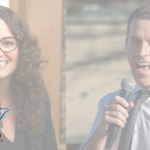 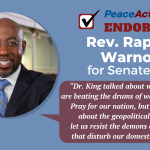