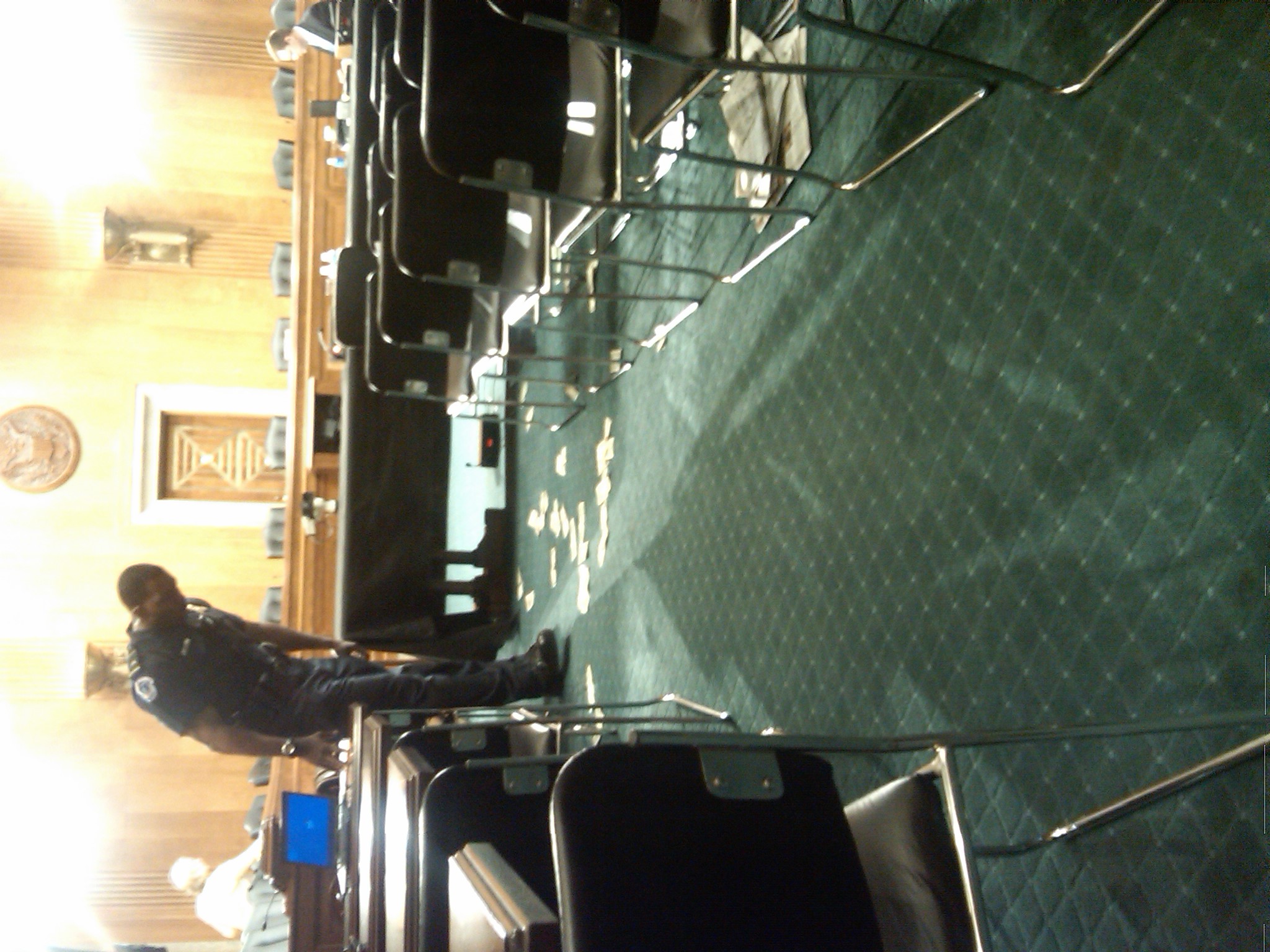 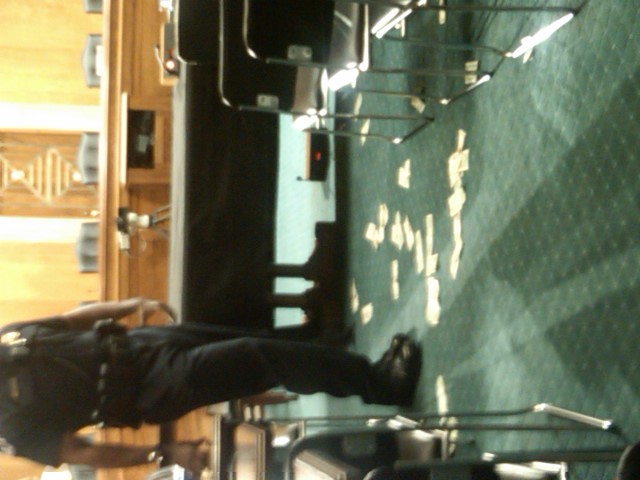 I’m posting this from the hearing room…Paul

Among those arrested, were DC resident Eve Tetaz, 77, Ellen Barfield, 52 of Baltimore, Md., and Stephen Mihalis, 52 from Elmyria, Ohio who interrupted the hearing by throwing money stained with the blood of Tetaz and Barfield in the room.

“Stop pouring blood money into warfare,” Tetaz shouted as she and the two other activists were quickly taken from the hearing and arrested.

DC resident, Pete Perry, 39, repeated Senator Kerry’s own words spoken at the height of the Vietnam War: “How do you ask someone to be the last American soldier to die for a mistake?”

“We are here to tell the Senate they must stop automatically approving more blood money for these disastrous occupations,” said Barfield, a US Army veteran. “Bring all the troops home now!”

Barfield, Mihalis, and Perry are all members of the National Campaign for Nonviolent Resistance, which has as its mission the ending of aggressive and immoral wars and holding those in government, responsible for such policies, accountable to law. This group is dedicated to the teachings of nonviolence of Gandhi, King and Dorothy Day.

Other anti-war activists speaking out during the hearing included members of Code Pink Women for Peace and Peace Action, member groups of the United for Peace and Justice coalition. Among this national coalition’s demands regarding Afghanistan are the fact that most Afghans want the US troops out, the realization that the presence of US troops is the cause of violence for ordinary Afghans, not the solution, and that an occupation by US military forces will not resolve the crisis.
###