U.S. Out of Okinawa! Peace Action's Solidarity Message in the Ryukyu Shimpo

Below is the front page of today’s Ryukyu Shimpo newspaper (newspapers are still very important in Japan), with this message from our Executive Director, Kevin Martin:

I had the extraordinary pleasure of visiting Okinawa almost a decade ago as a guest of the Japanese peace group Gensuikin, and I found it to be one of the most beautiful places I’ve ever been. The only thing that surpassed the beauty of the islands and the sea were its lovely, generous, welcoming, friendly, peaceful people. I was moved to tears by the beauty of Peace Memorial Park, with its “waves” of memorial markers honoring the dead from World War II reaching down to the sea and out to the world, and was fascinated to learn about the history and culture of the Okinawan people. Seeing the terrible stain of U.S. military bases on this gorgeous part of the world literally made me sick to my stomach when I visited the hilltop park overlooking the Futenma base and saw the giant transport planes flying just over an apartment building and conducting touch and go exercises. My organization, Peace Action, has long stood with the people of Okinawa in demanding the removal of U.S. bases. Closing Futenma and building a new base at Henoko is not an acceptable solution, the U.S. bases must go!

Unfortunately, the bases on Okinawa are only a part of a misguided “rebalancing” or “pivot” of U.S. military forces to the Asia-Pacific region. The Obama and Abe Administrations do not represent the will of their publics in pushing for a closer military alliance aimed at isolating China or threatening North Korea. The Japanese and American peoples share deep bonds of friendship and appreciation for each others’ history and culture, and of course have many economic ties. Strengthening those bonds should be the priority, not a larger military buildup in the region. Peace Action stands in solidarity and in peace with the Okinawan people in their opposition to Henoko and to rising militarism. 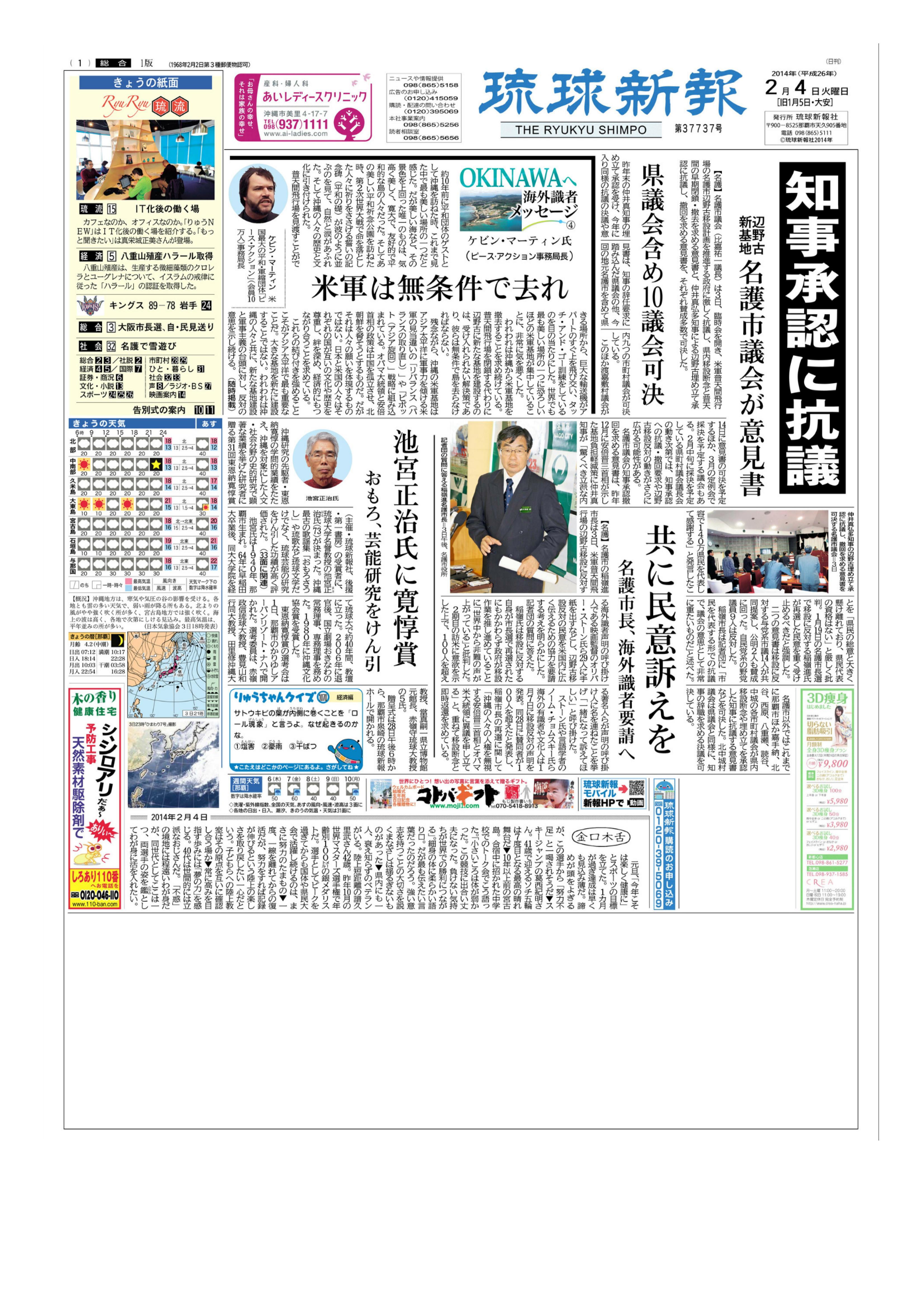