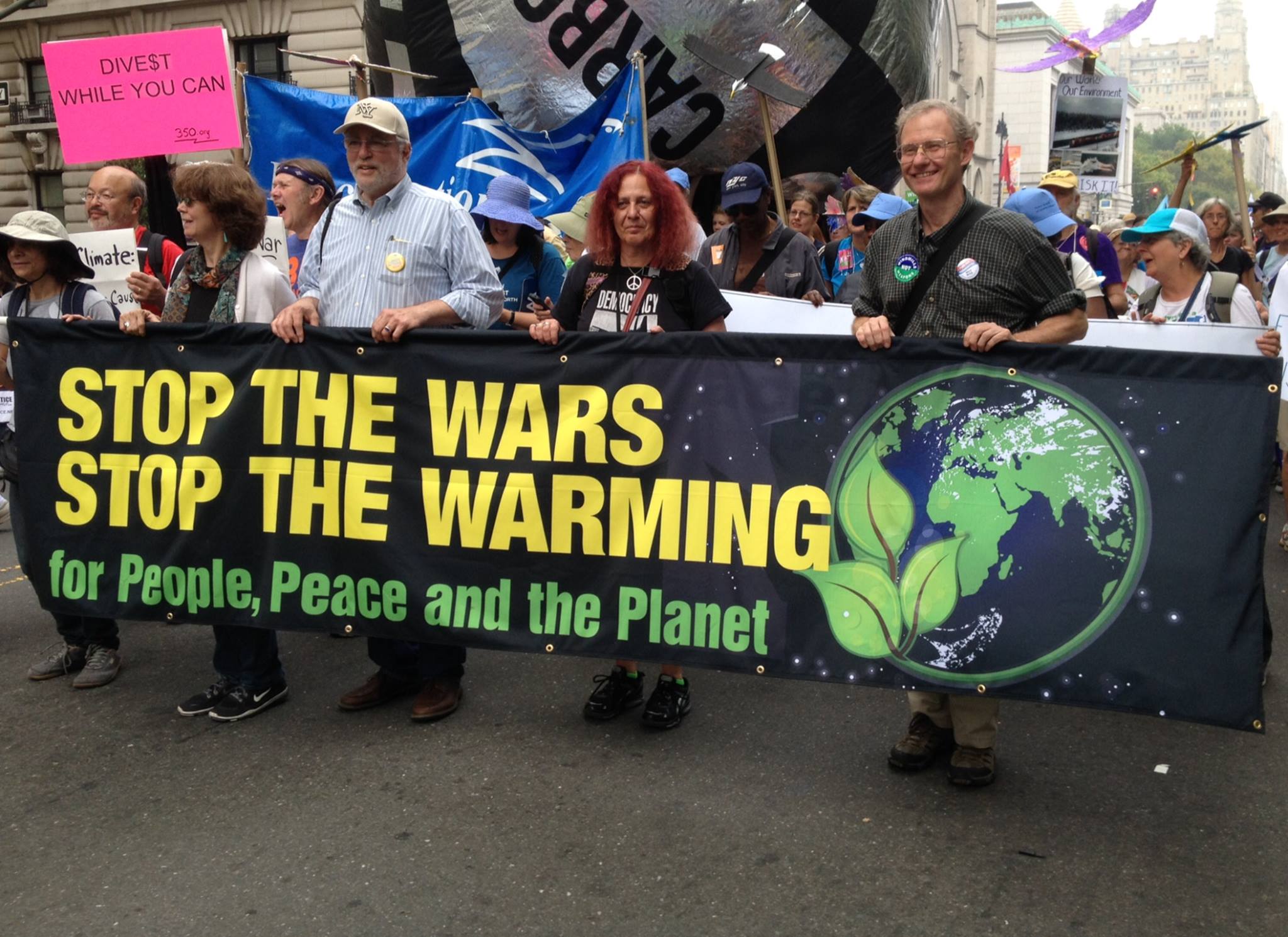 Why? We because we believe that the only way we can save Mother Earth is by ending wars and militarism, which are the biggest obstacles to funding initiatives to address global warming. Wars prevent and disrupt the necessary collaboration between countries to address climate crisis. Both wars and climate crisis require a political solution which can only become a reality if the climate justice movement links to ending wars and militarism and the peace movement connects to justice: climate, economic and racial justice.

Peace Action affiliates and activist members worked on filling buses, outreach and preparing the logistics for pre-march rally. PAEF board member George Martin said, “It is very significant that Peace Action was engaged from national to affiliate level, volunteering, planning and giving leadership on how war and militarism and climate justice are interconnected.” 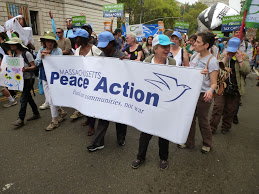 MAPA drafted the Appeal to the Peace and Climate Movement outlining the high stakes and why the peace movement must join in the mobilization. It also argues for why we need a peace and justice movement, which must address the root causes of wars and inequality as the basis for strengthening our work.

Peace Action affiliates worked with allies to fill the buses from as far away as Milwaukee. The Coalition for Peace Action organized a conference with local environmental leaders in the lead up to the march.

PANYS mobilized its membership, especially student chapters across the state. Natia Bueno co-chaired the No War, No Warming pre-march rally.  She was excited by the turnout, stating “It was amazing to see so many people, especially from so many different ages, states, and walks of life come together under the idea of saving our planet.” The pre-march rally included peace and justice speakers as well as performers Holly Near and Emma’s Revolution. 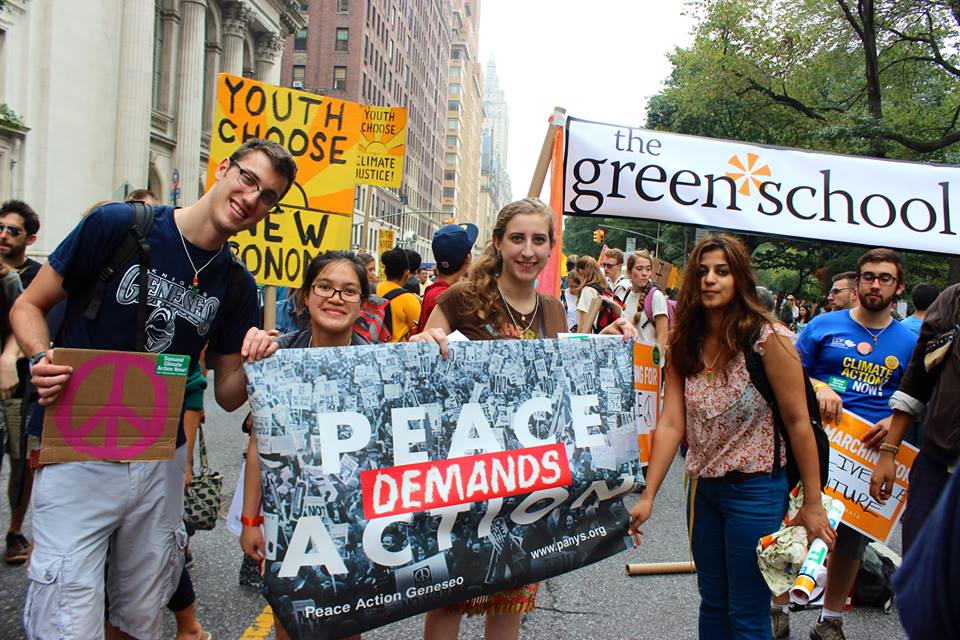 We rallied and marched with our banners on Sunday and on Saturday, Peace Action dug into the debates and issues as part of the Climate Convergence.

I spoke on two panels at the convergence. The first panel, Climate Change and Militarism: Following the Money and Understanding the Costs was sponsored by Institute for Policy Studies and the International Peace Bureau. Both groups spoke about their new reports: Demilitarization for Deep Decarbonization and Military vs Climate Security: The Budgets Compared.

I presented a case study on the work underway in Wisconsin to organize a local initiative to support labor, local elected officials, peace and community groups to develop a defense industry transition project. The premise of the case study was that facts need to be translated into local movement building that will improve peoples’ lives. Peace Action’s Move the Money Campaign aims to build a movement for local, green, sustainable economic development which is not dependent on military contracts for good paying jobs.

The second panel in which I participated examined how to build the movement to save Mother Earth from climate and nuclear destruction. The panel included the Foreign Minister of the Marshall Islands , Tony DeBrum, who spoke about the impact of the historic lawsuit brought by the Marshallese government against the U.S. for the nuclear weapons testing which has harmed generations of the Marshallese people.

The panel also included the Mayor of Des Moines, Iowa, Franklin Cownie, a leader of Mayors for Peace who discussed the significance of the resolution calling for nuclear disarmament and demilitarizing the federal budget passed by the U.S. Conference of Mayors.

Natia, the PANYS student organizer said, “I knew the numbers were going to be large, but it was another thing seeing it. It was amazing to see so many students there. In my experience, I have seen people especially around my age or younger not caring about the future. It was a nice to be surrounded by that many people that care. I only hope that it sparks others to start caring.”

A ready-made resource for immediate follow-up with our allies is a new film for local events. Longtime Peace Action supporter and documentary filmmaker John Ankele has a new film on climate change, “The Wisdom to Survive: Climate Change, Capitalism and Community,” available for community screenings or individual purchase.