The Democratic Party Platform Has No Plans for Peace

Two weeks ago, the Democratic Party Platform Committee met in Orlando, Florida to discuss and vote on amendments to a draft of the 2016 party platform. After two weeks of what must have been an incredibly laborious process of crossing t’s and dotting i’s – or perhaps two weeks of a thinly veiled attempt to minimize critique – the party finally posted the revised version of the platform, generously giving interested parties one full business day to read the revised version before the Democratic convention in Philadelphia next week.

Despite being hailed as the “most progressive platform in party history,” which on most issues it certainly is, the platform’s stance on foreign policy does little to advance perhaps the most progressive foreign policy value there is: the value of peace. That’s not to say that it doesn’t call for promoting peace, or characterize war as a measure of last resort, both of which it does, but rather to say its inclusion and omission of various policy proposals would have us continue down our current path of reckless military spending, confrontational posturing, and endless war.

While the party’s fear of being perceived as weak is evident throughout the platform’s foreign policy sections, it’s perhaps most evident in the platform’s position on the 800 pound, $600 billion gorilla that is our Pentagon budget, first addressed in the section titled “Support Our Troops and Keep Faith with Our Veterans.” Rather than opening with a thanks to all the brave citizens who have served this country’s military, its opening line states that “Democrats believe America must continue to have the strongest military in the world.” Attempting to paint the Democratic Party as more supportive of military spending than Republicans, it decries “the arbitrary cuts that the Republican Congress enacted,” and calls for “a smart, predictable defense budget,” though not a smaller one. While it calls for auditing the Pentagon, it puts forward no plan of action should the Pentagon continue to prove unable to pass an audit, and makes no calls for actually reducing the budget, despite it outpricing the military budgets of the next seven countries put together.

On nonproliferation, the platform asserts Democrats’ commitment “to preventing the spread of nuclear, chemical, and biological weapons.” Unfortunately, it lays out very few policy proposals to advance that goal. Among the many proposals it might have put forward are declaring a no first use policy, taking our nuclear weapons off hair-trigger alert, and initiating international negotiations to reduce the world’s stockpiles of nuclear weapons. Thanks to Bernie Sanders and his supporters, the committee passed an amendment to the initial platform draft adding that to the end of avoiding “steps that create incentives for the expansion of existing nuclear weapons programs… we will work to reduce excessive spending on nuclear weapons-related programs that are projected to cost $1 trillion over the next 30 years.” Unfortunately, the platform committee cut the more specific language of Sanders’ amendment that would have added: “including by finding at least $100 billion in savings over the next decade by reducing nuclear weapons upgrades and scaling back new delivery systems as proposed in the SANE Act.” So while the Democratic party is now officially opposed to spending $1 trillion upgrading our nuclear arsenal, it is not committed to any specific reductions.

In the section labeled “terrorism,” the goal is stated with some clarity: “We must defeat ISIS, Al Qaeda, and their affiliates, and prevent other groups from emerging in their place.” Unfortunately, the three-point strategy it then lays out, which can be summed up as ‘destroy,’ ‘dismantle,’ and ‘defend,’ refuses to recognize the root of that failure, which is a military approach to terrorism. For every battlefield victory we have won in the War on Terror, we are no closer to winning it, in fact the 2015 Global Terrorism Index produced by the Institute for Economics and Peace reported a nine-fold increase in deaths caused by terrorism since 2000, a year before the Global War on Terror began. Until we’re willing to admit that dropping bombs does more to fuel violent extremism than to stifle it, our efforts to stamp out terrorism will continue to fail. Until we not only mention, but prioritize humanitarian aid and diplomacy as means of addressing the economic and political realities that allow terrorism to thrive, it will continue to thrive.

The Iran section of the platform rightly opens by supporting the nuclear agreement with Iran, an agreement that if followed verifiably prevents Iran from obtaining nuclear weapons. The initial draft then proceeded to undermine the agreement by threatening Iran with war should it violate the terms of the agreement. Perhaps realizing the folly of threatening war for any violation, regardless of the scope or context of the violation, the platform committee amended the section to say that Democrats won’t hesitate to use military action if Iran races towards a nuclear weapon, rather than if it violates the agreement. While the change improved the section, including any threat of war still amounts to saber rattling, and that is less than helpful as we work to improve relationships with a long-time adversary in the region. Even more concerning, the platform includes no opposition to Republicans’ continued attempts to undermine the Iran nuclear agreement by passing new sanctions against Iran, in fact, the platform states that “Democrats will also address the detrimental role Iran plays in the region and will robustly enforce and, if necessary, strengthen non-nuclear sanctions.” As Iran struggles to reap the financial benefits of international trade that it expected as a result of the deal, it is imperative that Democrats stand as a united front against efforts to prevent Iran from reaping those benefits. As such, the platform allows congressional Democrats to support new sanctions bills against Iran without bucking the party line, which does not bode well for our chances of preventing Republicans from undermining the success of the agreement.

While the section on North Korea doesn’t waste time rejecting Donald Trump’s insane proposal to allow Japan and South Korea to acquire their own nuclear weapons in order to defend themselves, it doubles down on an approach to North Korea that has been fueling a dangerous cycle of escalation. According to the platform, Democrats will “sharpen the choices for Pyongyang to compel it to abandon its illegal nuclear and missile programs,” or in other words, continue to impose coercive sanctions with the unfounded hope that coercion alone will compel North Korea to lay down its nuclear arms.

Not unlike Iran’s decision to dramatically increase its uranium enrichment during the sanctions ramp up in the mid 2000s, North Korea has responded to sanctions by increasing its ballistic missile and nuclear weapons testing. Rather than contributing to this cycle of escalation by imposing harsher and harsher sanctions, we should focus on a diplomatic approach. Many detractors of diplomacy are quick to point out that a previously negotiated agreement regarding North Korea’s nuclear program broke down. But while they point to that as proof that coercion is more effective than dialogue, they offer no examples of coercion without dialogue successfully leading a country to forfeit its nuclear program. In Iran’s case, while sanctions played a role in Iran’s desire to reach a diplomatic solution, it was President Obama’s willingness to come to the negotiating table without preconditions that ultimately led to the historic agreement. Simply put, as long as sanctions are applied without the goal of bringing a country to the negotiating table, they only serve to fuel a cycle of escalation at the expense of an innocent population. Failing to recognize this, the platform committee excluded any mention of dialogue, diplomacy, or negotiation in regards to North Korea.

The phrase “Russian aggression” appears three times in the party platform, and not without reason, as Russian foreign policy has been increasingly aggressive in recent years. While no major U.S. political party will find it politically expedient to include the phrase “American aggression” in its platform, an understanding of the pitfalls of the recent cycle of escalating tensions between the U.S. and Russia would be an important first step in deescalating those tensions. Take for examples of that role the president’s 2017 budget request quadrupling military spending in Europe from $789 million to $3.4 billion, or NATO war games in Poland and the Baltic Sea this year that were the largest they’ve been since the end of the Cold War. While the U.S. and NATO have characterized these escalations as defensive in nature, Russia has interpreted this increased military activity along its borders as a threat to its national security, as the U.S. undoubtedly would if Russia were to, for example, place ballistic missiles in Cuba once again. If we hope to avoid a full-scale backslide into the Cold War, a war that could turn hot at the slightest miscalculation, we have to break out of this cycle of escalation sooner rather than later.

Of all the disappointments in the foreign policy sections of the platform, the party’s approach to Israel/Palestine stings the worst. Progressives had high hopes that this year’s platform would go farther than any platform yet in challenging Israeli policies towards Palestinians, but appointees of the DNC and Clinton camp dashed those hopes. Not only does the platform state that Jerusalem should remain the capital of Israel, a position that significantly worsens the prospects of reaching an agreement on a two state solution, it also omits any opposition to illegal settlements in the West Bank, and refuses to call Israel’s policy in Gaza and the West Bank by its true name: occupation. At the platform committee meeting in Orlando, Sanders’ appointees introduced an amendment that would have opposed illegal settlements in the West Bank, but that amendment was voted down by the committee. Equally distressing is new language in the platform opposing “any effort to delegitimize Israel, including at the United Nations or through the Boycott, Divestment, and Sanctions Movement.” This language suggests that any effort to question not only the legitimacy of the state of Israel, but the legitimacy of its policies, is opposed by the Democratic Party. Given recent legislation in New York and elsewhere that punishes organizations and individuals that support the BDS Movement, a party position opposing the movement implicitly supports these legislative attempts to create an exception to the first amendment, the height of hypocrisy for a party named after a political system that celebrates a diversity of opinion. To be a true friend to Israel, the United States must be willing to challenge Israeli policies that infringe on the rights of Palestinians and that perpetuate a cycle of violence.

No Plans For Peace

As with many statements of position, what’s missing from the platform is almost as revealing as what’s included. And what’s missing is any cogent plan for promoting peace. Perhaps Donald Trump’s strange brand of tough-on-terror yet often isolationist foreign policy compelled the drafting committee to forgo any serious calls for peace. Perhaps the fear of seeming weak has become so deeply ingrained in Democratic politics that it takes precedence over espousing any practical approach to foreign policy. Whatever the reasons, the political revolution that earned the 2016 Democratic Party Platform the title of “most progressive platform in party history” has so far failed to bring with it the once core democratic value of peace. And in a world with 15,000 nuclear weapons in which war has become a part of everyday life, that should deeply concern us all. As Democrats from across the nation gather in Philadelphia to declare their nominee and vote on the party platform, they should consider once again declaring a peaceful approach to foreign policy a core part of what it means to be a Democrat by introducing and supporting amendments to the platform that truly promote the cause of peace. 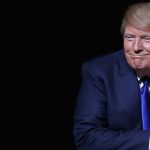 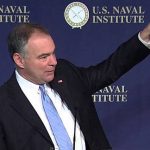