Yesterday, for the first time, the U.S. launched strikes against Houthi-controlled sites in Yemen, making it a now active participant in the the Saudi-led bombing campaign that it’s been facilitating for over a year and a half. The strikes targeted and destroyed three radar installations that the Pentagon says were used by the Houthis in two attempted strikes over the past several days against a U.S. naval destroyer, the USS Mason. While none of the attempted strikes on the USS Mason were successful, a Pentagon spokesperson claimed the strikes against Houthi positions were necessary to “protect our personnel, our ships and our freedom of navigation.”

While these strikes represent a significant escalation, it’s important to note that the U.S. has already been deeply involved in the intervention since it began in March 2015; conducting mid-air refuelings of Saudi coalition jets, providing targeting assistance, participating in a naval blockade, and arming the coalition with tens of billions of dollars of advanced weaponry.

This past Saturday, coalition jets bombed a funeral in Sanaa, killing about 140 people and wounding hundreds more. The Saudi coalition’s repeated bombing of civilian targets and infrastructure has outraged the international community and led to growing opposition to U.S. involvement in the war. Over 4,000 civilians have been killed since the intervention began, mostly by the Saudi-led coalition’s indiscriminate bombing campaign, according to the UN. In the month of August alone, the coalition hit a school, a marketplace, a food factory, and a hospital run by Doctors Without Borders. After the funeral bombing, the administration announced a review of the U.S. role in the intervention, reiterating its so far unsubstantiated claim that “U.S. security cooperation with Saudi Arabia is not a blank check.”

In the wake of the funeral bombing, Rep. Ted Lieu (D-CA) sent a letter to Secretary of State John Kerry urging the administration to immediately suspend all military support for the Saudi-led intervention, and explaining his reasoning:

Rep. Lieu is not alone in alleging war crimes on the part of the U.S.-backed coalition. Human Rights Watch, Amnesty International, and the UN have all raised concerns about possible war crimes committed by the coalition. Just today, Human Rights Watch reiterated that claim, calling the funeral bombing an apparent war crime after conducting an investigation into the incident, which found that U.S.-made bombs were used in the attack.

On Monday, internal State Department documents dating from May 2015 to February 2016 were made public, revealing that government lawyers had warned the administration that supporting the Saudi-led coalition may implicate the U.S. in war crimes. Despite those warnings, the U.S. has continued to authorize arms sales to Saudi Arabia, including the most recent proposed sale of $1.15 billion worth of tanks and other weaponry. Last month, in a rare rebuke to the arms industry, 27 Senators voted to block that arms sale, and while that vote sent a powerful signal to the administration and Saudi Arabia, it wasn’t enough to stop the sale from moving forward.

While it remains to be seen if the funeral bombing will be the straw that broke the camel’s back – or rather the back of blind U.S. military support for a coalition that’s killed thousands of civilians – yesterday’s U.S. strikes on Houthi targets inside Yemen seem to suggest otherwise. As the administration continues to review the U.S. military role in the intervention, it should heed the calls of human rights groups, aid groups, peace groups, international bodies, and Yemeni civilians by immediately ending U.S. military support to (and now participation in) the coalition, suspending the transfer of weapons to coalition members, and supporting a diplomatic solution to the war. 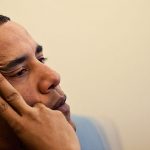 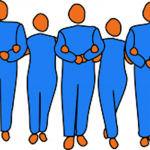