We Need Each Other To Face The Future

It breaks my heart to see so many friends and loved ones grieving for our country today.

I know many of you, like me, are still processing this tectonic shift and what it means for our country and especially for those most vulnerable to the ugly strains of bigotry, misogyny, xenophobia, and Islamophobia energized by this election.

But we’ll also need each other’s wisdom and tenacity to strategize, organize and take action.

Please share your thoughts and feelings about the election results below in the comments below, or on Facebook. I want to hear how you are feeling, and what you are thinking about the future.

You can also stand up today, and contribute to the fight for a more peaceful foreign policy that now becomes even more important.

While we grieve the election results today, those of us who fight for peace and human rights are tough and resilient. We’ve had to be.

We fought the divisive fear-mongering of the long Cold War, we fought the high-stakes nuclear build-up of the Reagan administration, we opposed the unilateralist cowboy militarism of the George W. Bush administration. Even during tough times tenacious and targeted grassroots organizing allowed us to secure major victories for peace and disarmament while we blocked some of the hawks’ most harmful initiatives.

Please support our work together, as we take on this daunting new challenge.

Don’t get me wrong. A Trump presidency, a Republican Congress, and the xenophobic elements of Trump’s base all combine to create a unique challenge the likes of which we have never faced. But we must rise to the occasion. We don’t have all the answers today about what strategies will best fit this radically new political landscape. Here at Peace Action, we’re engaged in strategic planning for the coming challenge, and here’s what we’re thinking about today:

Again please join the conversation in the comments and on Facebook,and tell us how you are feeling and what you are thinking about the road ahead.

Your contribution today can fuel our long-haul work to block the policies of militarism and to create a more peaceful foreign policy. 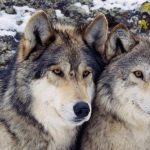 Which wolf are you feeding?2016 Election