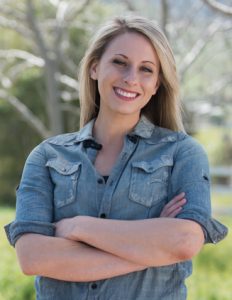 “I am honored to have Peace Action’s endorsement in the race to represent California’s 25th district,” said Hill. “Coming from a military family, I know the hardships our service members face abroad and at home. That’s why I support priorities like increasing pay for our military and fully funding all veterans services from mental health to job training. We need to start ensuring that the men and women who risk their lives for this country are properly supported and compensated. Additionally, I am committed to diplomacy and will ensure that we explore every possible option before putting our troops in harm’s way.”

Paul Kawika Martin, Senior Director for Policy and Political Affairs at Peace Action, who also directs Peace Action’s PAC, said of Hill, “Peace Action is endorsing Katie Hill because she believes in a ‘diplomacy first’ foreign policy, because she’s committed to reclaiming Congress’ constitutional authority over the decision to go to war, and because she recognizes that walling America off from the world doesn’t make us safer, it only isolates us.”

“As of this month,” Martin continued, “young Americans who weren’t born yet when Congress passed the 2001 war authorization are signing up to fight in wars that still rely on that outdated and overly broad authorization. Katie Hill is committed to repealing the 2001 Authorization for the Use of Military Force (AUMF) and ensuring that Congress rather than the president decides if and when we go to war, as the Constitution intended.”

To learn more about Katie Hill and her candidacy, visit www.katiehillforcongress.com.