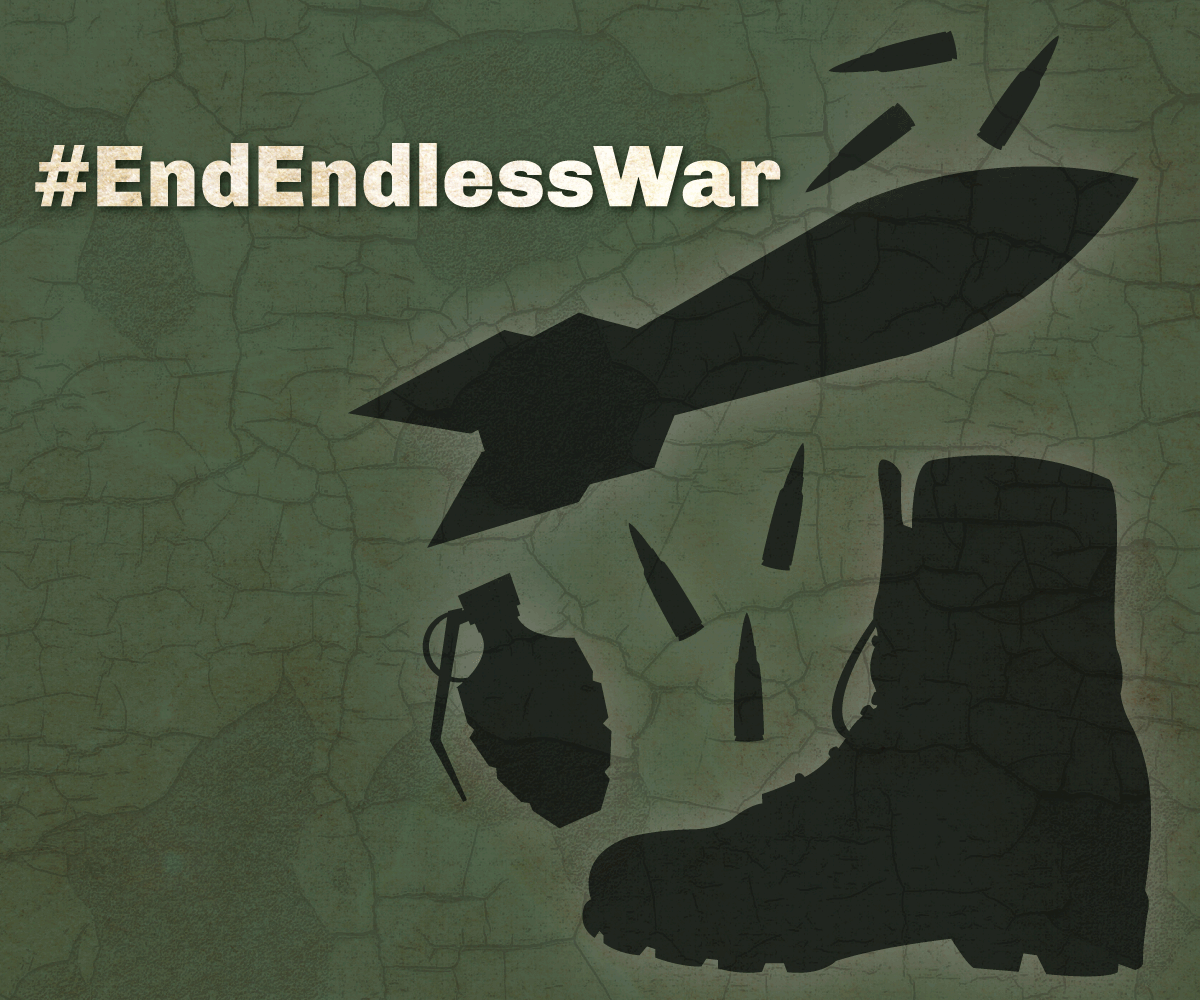 As you know, last week President Obama announced that he was going to send nearly 500 more troops to Iraq on top of the over 3,500 already sent.  Add to this 17,000 airstrikes over the region at a combined cost of nearly $3 billion all without an authorization of force (AUMF) from Congress as required by the Constitution.

Our allies in Congress, Reps. Jim McGovern (D-MA), Walter Jones (R-NC), and Barbara Lee (D-CA), are using the War Powers Act to force Congress to debate and take a vote on the U.S. war in Iraq and Syria.  H. CON. RES 55 is a bill that mandates Congress debate and vote on an AUMF or all troops must be removed from Syria and Iraq by the end of the year.

A vote is expected tomorrow late in the afternoon.  Call your Representative now at 202-224-3121.  Tell them to support the bill, H. CON. RES 55, and do their constitutional duty by holding a debate and vote on an Authorization of the Use of Force in Iraq and Syria.

Even the Obama Administration knows that using the AUMFs from 2001 and 2003 from the wars in Afghanistan and Iraq is on very shaky legal ground.  That’s why they asked Congress for a new AUMF over three months ago.

The President has said repeatedly that there is no military solution to ISIS, yet, it seems, nearly all our resources are spent on military strategies.  It’s time for Congress to debate this war and to lift up other strategies such as starving ISIS of resources from illegal oil, antiquities and food commodities; cracking down on access to foreign forces and military supplies; and working to end the civil war in Syria.

We expect a vote in the next 24 hours.  Dial your Representative now at 202-224-3121.  Urge them to support H. CON. RES 55 and to do their constitutional duty by holding a debate and a vote on an AUMF in Iraq and Syria.

P.S. Call your Rep. today at 202-224-3121 urge them to support H. CON. RES 55 and to do their constitutional duty by holding a debate and a vote on the use of force in Iraq and Syria.  Then, forward this important email to everyone you know.