Getting the Story Wrong: The Distortion of American Politics by the Press

Ever since the founding of the American Republic, there has been both praise for and suspicion of the role the press plays in U.S. political life. Thomas Jefferson famously remarked that, if it were left to him “to decide whether we should have a government without newspapers or newspapers without a government, I would not hesitate a moment to prefer the latter.” And yet, Jefferson was also profoundly disturbed by the politically biased and inaccurate articles that he saw published in the press. As he told James Monroe: “My skepticism as to everything I see in a newspaper makes me indifferent whether I ever see one.”

Jefferson’s ambivalence about the press becomes understandable when one considers the distorted reporting that has characterized the current campaign for the U.S. Presidency.

Take the case of the Times Union, the largest newspaper in New York State’s heavily-populated capital region. With a circulation of 66,835 on weekdays and 128,565 on Sundays, the Times Union focuses on the city of Albany and its suburbs, but also covers the rest of the capital region, including the cities of Schenectady, Troy, and Saratoga Springs. Although owned by the Hearst Corporation, the paper has a somewhat more centrist tone. With the New York Presidential primaries looming, it endorsed Hillary Clinton for the Democratic nomination and John Kasich for the Republican. This “moderate” stance meshes well with the politics of Albany, a city that, though overwhelmingly Democratic, has long been controlled by a rather conservative Democratic political “machine.”

Consequently, it must have come as an unpleasant shock to the Times Union‘s editors when, in the April 19 New York State Democratic primary, Bernie Sanders emerged victorious not only in the city of Albany, but in the entire capital region. Indeed, Sanders garnered 53.3 percent of the Democratic vote in New York’s 20th Congressional district (an area comprising all of Albany and Schenectady Counties, as well as portions of Rensselaer, Saratoga, and Montgomery Counties). Having defeated Hillary Clinton by a healthy margin of almost 7 percent, Sanders won 4 out of the 7 delegates allocated to the district by the New York State Democratic Party. The outcome of the race was a reversal of the results in the 2008 Democratic primary, when Clinton handily defeated Barack Obama in the capital region.

This could have provided quite a dramatic feature item for a local newspaper, especially given the fact that a ragtag, volunteer campaign had defeated the Clinton juggernaut―a juggernaut reinforced by Clinton’s eight years of representing New York State in the U.S. Senate, the backing of Clinton by every major Democratic politician in the state, and the loyal campaigning for Clinton by the Albany Democratic “machine.” The David versus Goliath aspects of this story were also strengthened by the contrasting delegate slates for the two rival candidates that appeared on the 20th Congressional district election ballot: the top local elected public officials and Democratic Party leaders for Clinton and a group of obscure community members for Sanders. Here, it seemed, was a newspaper’s dream story.

But it wasn’t printed. In fact, the Times Union even failed to report that Sanders had won the race in the capital district.

The Times Union article posted on the night of the primary didn’t mention Sanders’s victory at all. Instead, the article, headlined “Donald Trump, Hillary Clinton win in New York,” gave the impression of a Clinton and Trump sweep. “New York,” it proclaimed, “turned out to be the state where the presidential front-runners regained their mojo.” Although the article devoted a good deal of attention to the activities of primary voters in the capital district, it somehow omitted reporting on whom they had voted for.

An updated version of the article appeared the following day in the Times Union, after the five counties’ boards of election had posted the election results online. By this time it was clear that Sanders, though losing heavily to Clinton in the New York City metropolitan region, had defeated Clinton in most other areas of the state. This included not only the 20th Congressional district, but the neighboring 19th and 21st which, all together, provided Sanders with 11 delegates to Clinton’s 7. Even then, however, the writers of the article could not quite bring themselves to say that, in the capital region, where almost all the Times Union‘s readers lived and voted, Sanders had won. Instead, they confined themselves to declaring that “Sanders performed well in the more rural regions of upstate―and in the Capital Region.” With a headline this time proclaiming “Big home-state wins boost front-runners,” the article once again left readers with the impression that Clinton had been victorious in the newspaper’s locale while, in reality, the clear victor was Sanders.

On the night of April 22, three days after the presidential primary, seven words buried at the very end of a Times Union blog finally let slip the fact that Sanders had won in the 20th Congressional district.

The reluctance of the Times Union to report on how residents in its own region had voted, like the negligible coverage the newspaper gave to the vibrant local Sanders campaign in the months leading up to the Presidential primary, is really quite remarkable.

But should it surprise us? Probably not.

Lawrence Wittner (http://www.lawrenceswittner.com) is Professor of History emeritus at SUNY/Albany. His latest book is a satirical novel about university corporatization and rebellion, What’s Going On at UAardvark? 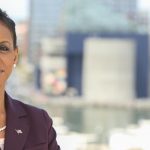 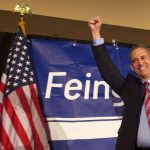