Trump’s Conviction, and Our Convictions of Democracy

I don’t know about you, by my Trump-induced Attention Deficit Disorder is dissipating, and wow does it feel good! As our country faces multiple crises and an overstuffed to-do list for the Biden Administration and new Congress, reasonable people might disagree on the necessity of a Senate impeachment trial of Donald Trump. He’s gone, nothing’s gonna bring him back (we hope). Plus, conviction looks extremely unlikely given the near-certainty of Senate Republicans overwhelmingly opposing conviction, so why bother?

Television legal eagle talking heads like to remind us impeachment (and conviction) is a political process, not a legal one. An impeachable or convictable offense by a president or other official is whatever Congress says it is. I can understand why some would like to move on to a post-Trump political reality. That certainly needs to happen, but a Senate trial of Trump is necessary, and not just to attempt to hold him accountable for helping incite the January 6 attempted putsch that ended up with six people dead.

The failed insurrection was yet another manifestation of the scourge of an alarmingly virulent white supremacist and would-be fascist strain of political thought and action in our deeply racist, inequitable, flawed society. Lancing this boil won’t happen just by the Senate convicting Trump or even voting to prevent him from holding public office ever again, but the Capitol was attacked and House members, Senators, their staff, and building personnel’s lives were in grave danger. Congress needs to stand up for itself, no?

One can certainly list other crimes Trump should have been impeached over; emoluments and lying and withholding what he knew about the coronavirus pandemic as early as January 2020 immediately come to mind. These and other Trump crimes were certainly enabled by a supine Congress unable or unwilling to defend its own interests, often for perceived partisan advantage or fear of Trump’s base.

But we’ve had an Imperial Presidency for quite some time. Just recently, Bill Clinton, George W. Bush, and Barack Obama all engaged in illegal acts of military aggression (Yugoslavia, Iraq plus torture, Libya). That Obama backed off on attacking Syria, conceding he lacked the authority to do so since Congress hadn’t authorized it, was actually an anomaly. Generally our presidents bomb or invade and dare Congress to do something about it, which they usually don’t (unless it is passing an Authorization for the Use of Military Force or AUMF, a dubious procedure at best, with the last actual declaration of war as stipulated by the Constitution occurring in 1941).

One can look at myriad other issues where members of Congress, supposedly much more democratically accountable to their constituents, cede power to the Executive branch, or pass laws that are vague and left to judges to figure out. Our still-evolving democracy is ill-served by this imbalance of power.

Overall, the main benefit of Congress re-asserting its powers, using the imperfect tool of impeachment and possible conviction and removal from office, could be to restrain illegal presidential war-making, even though that is not what Trump is on trial for (or, it could be viewed as an attempt at internal, “civil” war). Future presidents could be chastened by understanding Congress will not just complain about executive criming but will act to hold them accountable. While most people in this country, understandably, focus more on the economy and domestic affairs than on war, peace, and foreign policy, a Congress that more generally challenges and restrains presidential power would be to the common good.

A direct correction to this imbalance of power would be to repeal the 2001 and 2002 AUMFs, passed in the wake of 911, which “authorized” the U.S. wars in Afghanistan and Iraq but also gave wide latitude to conduct the ill-conceived “war on terror.” Successive presidents have abused them to expand the U.S. military presence in Southwest Asia. Indeed, the Obama Administration admitted those AUMFs were outdated but did not get Congress to repeal or replace them. Led by U.S. Rep. Barbara Lee (D-CA), there is a growing movement in Congress to do so now, as well as to end U.S. support for the calamitous Saudi-led slaughter in Yemen, which has strong bipartisan support, having passed both the House and Senate twice only to be vetoed by Trump. While Biden and Congress are rightly focused on the pandemic and reviving the economy, convicting Trump and ending disastrous foreign policies would be in everyone’s interest, including that of the Congress itself. 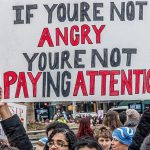 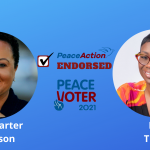