Today Peace Action’s executive Director Jon Rainwater made the following statement about attacks on Rep. Rashida Tlaib, who at a recent webinar stated that progressives should “not accept this idea that you are progressive, except for Palestine any longer” and that “you cannot claim to hold progressive values, yet back Israel’s apartheid government.”

“Progressive values include human rights, freedom and justice for all. This can’t conveniently leave out the Palestinians who suffer from some of the most systematic violence, oppression and disenfranchisement in the world. Rep. Tlaib is a human rights leader who fearlessly shines a light in the unjust system of apartheid imposed on Palestinians and some people just don’t like that.

The attacks on Rep. Tlaib are part of a pattern by individuals and organizations who work to shield violations of the basic rights of Palestinians from the harsh criticism that oppression deserves. Those attacking her today aren’t speaking a word about the issue of progressive values and Palestinian rights. But that is the issue being debated. When homes are being destroyed, journalists are being killed, and human rights groups are being shut down, progressives need to step up not sit on the sidelines. When you change the subject from the oppression of the Palestinian people to some imagined “anti-Zionist litmus test” it sounds like you are comfortable with that oppression going on indefinitely. That ain’t progressive.

It’s no secret that if you want to call yourself a progressive you are expected to uphold progressive values and do so consistently. Everyone knows that if you support racist or sexist policies people won’t believe you when you call yourself a progressive. Everyone knows if you oppose basic environmental protections people won’t consider you a progressive. It is the same with human rights, including opposing the continued egregious oppression of the Palestinian people. Rep. Tlaib was right; all progressives must oppose the oppressive system Israel is imposing on the Palestinian people. If some people aren’t willing to join her, at least let her ring the bell of freedom and justice in peace.” 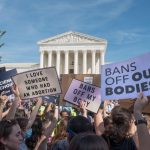