Don't let them get away with it 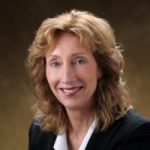 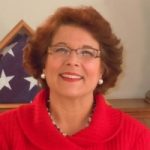 Last week, Republican hawks blocked a vote on legislation to end the war because they knew it had a real chance of passing. It’s outrageous, and another sign that we need to build up the pro-peace majority in Congress.

For three of our pro-peace challengers, it all comes down to the primary on June 5th. Every dollar will count. Can you donate $15 to help these candidates in their final grassroots push before the primary?

President Obama announced a few weeks ago his plan to leave the door open to keeping thousands of troops on the ground in Afghanistan until 2024. That’s why we need Norman Solomon bringing his years of peace activism to California’s 2nd district. We need progressive Lori Saldaña to kick out pro-war Rep. Brian Bilbray in the 52nd district in San Diego. We need Franke Wilmer, a state legislator and scholar of war and peace, to fill Montana’s only House seat.

Help elect these strong pro-peace leaders who will fight to bring our troops home. Click here to donate to our challengers in these last critical days.

Other candidates in these races may be sitting on piles of money. But our candidates have the power of the people.

Show them the peace movement has their back by donating to Norman, Lori and Franke today.